Join Mark and Kathy Zauss and the Basin Street Band for the best of the Big Easy. Imagine your guests following their Second Line Parade into the party as the band lights up the stage and packs the dance floor. Laissez les bons temps rouler!  (Let the good times roll)

When you hire the Basin Street Band, you hire the whole package including your choice of  exciting costumes. The stationary band includes colorful stage lighting, dance floor lighting, state of the art sound system for up to 1,000 guests. Full DJ Services included.

The Basin Street Band Orlando, Florida is a entity of Band Source Productions, Inc. with million dollar liability insurance which most venues require.

Combining creativity with today’s technology and innovation allows our musical groups to have a full and authentic sound true to the original artists.  This very same state of the art technology is being used by most touring bands and name acts today, from Natalie Cole to Journey, U2, Coldplay and many more.

Band Leader Mark Zauss...
Mark is endorsed as a trumpet artist for the Conn-Selmer musical instrument corporation along with Grammy award winner Arturo Sandoval. Mark has released two CDs which are getting airplay world wide. He holds a Bachelors degree in Music and Psychology as well as a Masters degree in Mental Health Counseling Psychotherapy from Rollins College. Mark is a Board Certified Psychotherapist, Nationally Certified Mental Health Counselor and licensed clinical psychotherapist.

Vocalist Kathy Zauss...
Listening to vocalist Kathy Zauss, is to be reminded of the tradition of great female singers. Combining musical intelligence, intonation and a strong soaring voice, Kathy has the spirit of legendary interpreters of American Popular music, while achieving a style that is all her own. 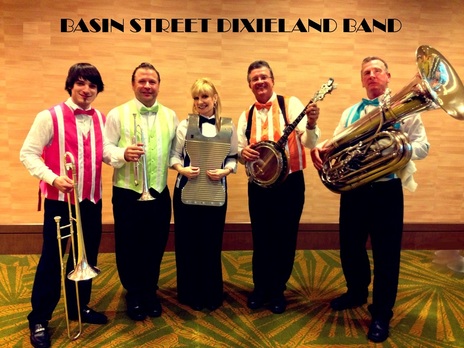